Meet the Sibling Cats with 14 Extra Toes Between Them 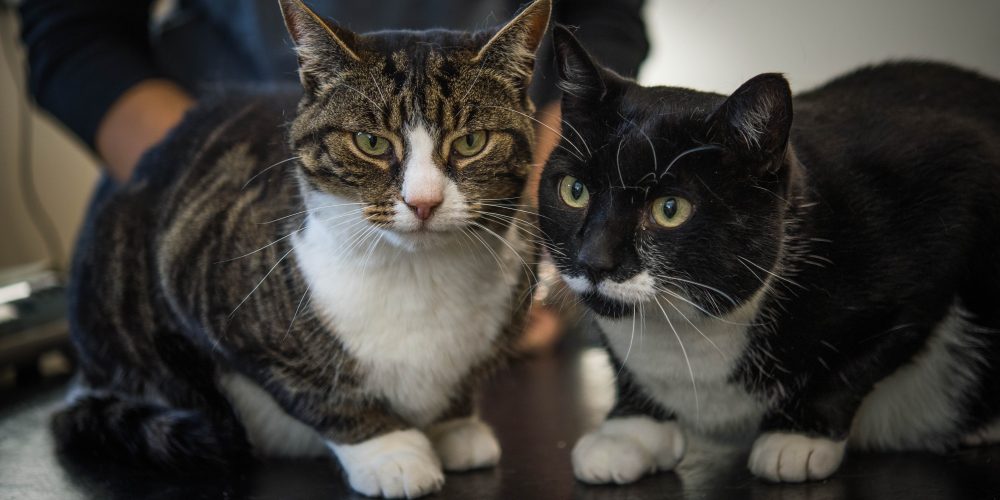 NOT only do cats Tiger-Lily and Lomu have nine lives, they also have 14 extra toes between them.

The sibling pair, known as Polydactyls are cared for at Middlewich Veterinary Surgery, where trimming their nails takes that little bit longer.

The felines had a tragic start in life when a dog savaged their litter, killing their mother.

Following this tragic incident, they were lovingly hand-reared by a family before being given a forever home by Pip Massey, who noticed their extra digits but didn’t know how rare they were until recently when vets at the Newton Heath surgery, which is part of the independently-owned Willows Veterinary Group, pointed it out.

The mum-of-two from Middlewich said: “We got the cats around six years ago as kittens.

“They came from a litter that was sadly attacked by a Rottweiler and were the only ones to survive.

“They were hand-reared by the family’s daughter in her bedroom until they found a home for them.

“When we got them, we didn’t know they were Polydactyl cats, or indeed what that even was.

“We noticed they both had extra digits but didn’t think too much about it really.

“It wasn’t until my husband took Lomu to the vets recently that we found out the name for it and how rare it was.” 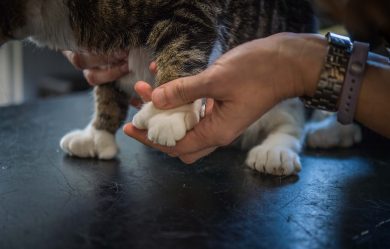 Polydactyl cats can have as many as eight on each.

Willows Veterinary Group offers a wealth of knowledge and expertise through 25 small animal practices, a referral veterinary hospital, two equine centres and a seven-office farm practice, located across Cheshire, into North Wales, the Wirral and Staffordshire

Lucy said: “Lomu and Tiger-Lily have been registered at the practice since kittens and we have looked after them for neutering, routine vaccinations and worming.

“They are both lovely and affectionate cats, I have found that some hand-reared cats can be quite feisty, including my own, so their owners are lucky.

“I’ve seen cats with extra digits over the years, but I’ve never seen a cat with as many as Lomu.

“He has seven toes on each front foot and six on each hind foot.

“Tiger-Lily has six on each foot – her front extra dew claw isn’t as well developed as Lomu’s though.” 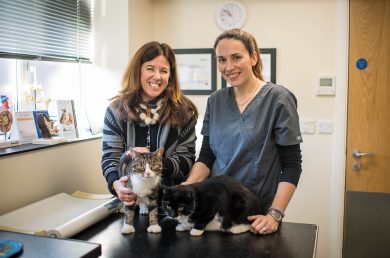 She added: “The extra digits’ nails commonly have a tendency to overgrow and this can be a cause of pain so it’s important to have them trimmed, but I’ve never come across a cat with any other problems because of it.

“Apparently Polydactyl cats are better hunters so the extra toes can be an advantage.”

Mrs Massey, 48, who also has two dogs, said: “Although the cats had a very sad start in life, they were lovingly cared for early on and that’s the reason why they are super friendly, in fact, they are the friendliest cats I’ve ever had.

“They don’t like being left alone so, when I walk the dogs they will follow me down the road, and they love curling up on my knee every night – we joke that they are very needy.

“They are very much a part of our family, we love them, no matter how many toes they’ve got.”