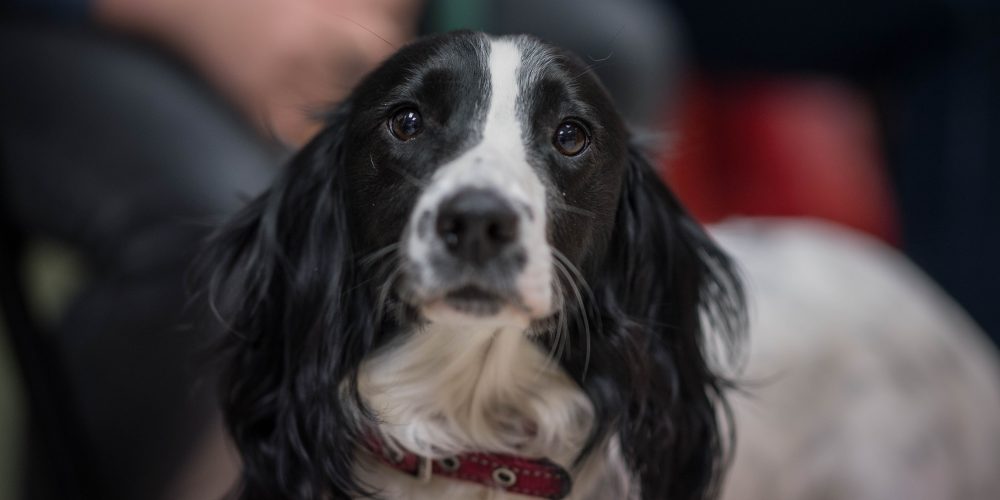 A CRAFTY canine had a lucky escape after swallowing a needle and thread.

Staff at Beech House Veterinary Surgery in Warrington were stunned when ‘mischevious’ pup, Bow escaped unscathed after the sewing instrument passed seamlessly through her system – and was pulled out safely the other end.

The 15-month-old Springer Spaniel, belonging to Sharon Taylor-Booth, her husband Darren and their two children Jess, 17 and 10-year-old Joe, was none the wiser about her ordeal.

It was vet, Agnieszka Hanszke who managed to avoid operating by carefully pulling the sharp instrument out from the other end, and said Bow was ‘very lucky’ she didn’t suffer any serious internal injuries.

Mrs Taylor-Booth said: “My husband, Darren had been sewing the seam of his work trousers and when he’d finished, he put the needle back in the bobbin in a cup holder on the arm of the chair.

“A while later, he noticed the bobbin had moved and that the needle had gone.

“We knew Bow must have got hold of the bobbin so we searched everywhere for the needle but couldn’t find it.

“We knew if it wasn’t on the floor, it was in the dog so we called the vets straight away who said they would X-ray her to check.” 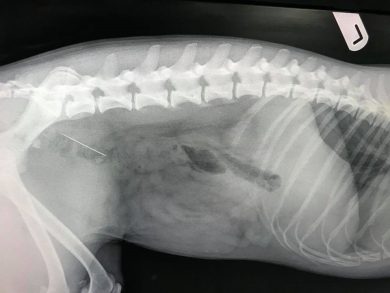 Bow was anesthetised while an X-ray was carried out and Agnieszka said she was “shocked” at what she found.

The 37-year-old has worked for the practice, which is run by the independently-owned Willows Veterinary Group for almost 12 years.

Agnieszka said: “When Bow arrived at the surgery, she was perfectly fine.

“She appeared bright, had been eating well and was wagging her tail.

“Dogs who swallow foreign objects are usually poorly or being sick, so I didn’t expect to find anything on the X-ray.

“But when I saw the needle was in her rectum, it was a massive surprise.

“Rather than operate, I decided to see if I could reach it and thankfully, I managed to do so and carefully pulled it out.

“She was very lucky because as it was a sharp object, it could have gone anywhere, it could’ve punctured or ruptured her stomach or intestine or gone missing in her abdomen or spleen.

“The fact that hadn’t happened and the fact that her caring owners noticed the needle was gone and had Bow X-rayed was very lucky.” 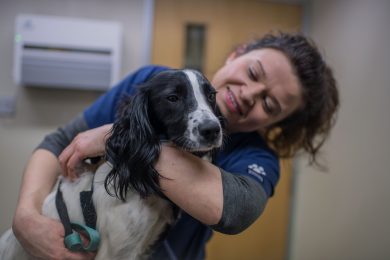 Agnieszka said she is no stranger to operating on dogs that have swallowed strange items and has removed a pair of knickers and a Kinder Egg complete with Minion toy from dogs’ stomachs in the past.

Mrs Taylor-Booth said their much-loved family pet doesn’t like to think she’s missing out on anything.

The 43-year-old said: “We know what Bow’s like, she has to have anything we’ve got.

“She takes socks, she’s had money, string, buttons and even a trolley coin.

“Whenever she’s got something she shouldn’t have, she gives herself away by walking around in circles.

“We’ve had her since she was eight-weeks-old and she’s always been mischievous, it’s like having another child.”

The Warrington mum-of-two added:  “I was shocked when the X-Ray revealed the needle was indeed inside her and was on its way out.

“She was so lucky she didn’t need to have surgery or that it didn’t cause any internal damage, especially with the amount of miles she walks every day, which could have caused it to jiggle about inside her, it was miraculous really.

“Now, we are being extra vigilant making sure we don’t leave anything lying around.”